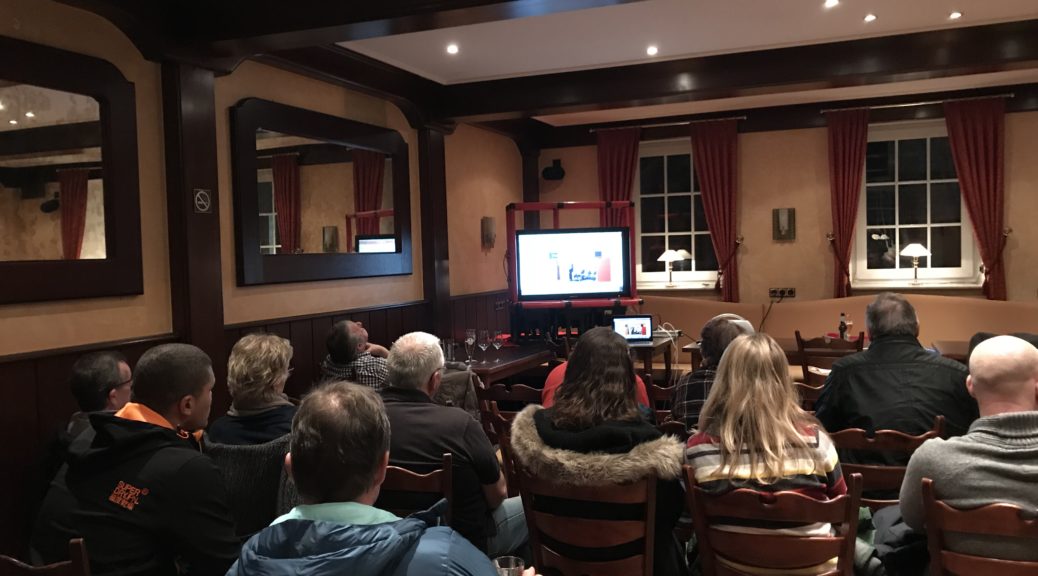 British in Germany launched their first British in Germany/British Forces Germany Paderborn meeting on Friday night 23rd February in Elsen, Padernborn, North Rheinnwestphalia.
Mr Roy McIntosh, a military man himself, made a sterling effort organising the launch: 51 serving and retired military and their families turned up to discuss the issues they are facing with Brexit and a Q&A video link was set up with Daniel Tetlow, co-founder of British in Germany.
The majority of those that attended intend to stay in Germany post Brexit and they discussed issues some of which are particular to British military serving in Germany as well as pensions, future German residency and dual citizenship.
The group decided to set up a BiG BFG Paderborn group, communicate via Whatsapp and Roy McIntosh will be announcing the next BiG Paderborn meeting in the next few days.
If you would like more information or would like to support Roy McIntosh in the organsation of BiG Paderborn, please contact him at big_paderborn(at)roy-mcintosh.de