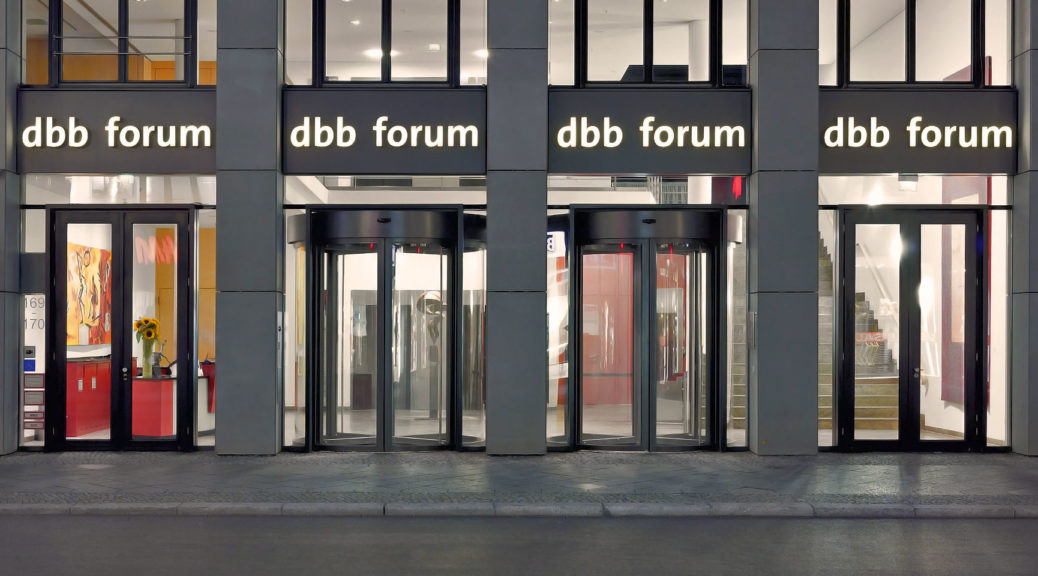 On Monday 23rd April several members of British in Germany attended the 28th Europäischen Abend hosted by the Europa-Union Deutschland e.V. in cooperation with the Deutsch-Britischen Gesellschaft at the dbb Forum on Friedrichstr. in Berlin.

The topic for the evening was “Soft Brexit, Hard Brexit or Brexit-Exit?” and the programme for the event can be downloaded by clicking the icon below: 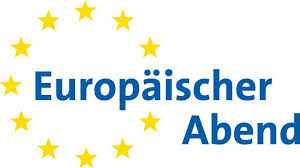 The evening was divided into two panel discussion:

Where is Great Britain heading?

What will we do without the British?

Before the first discussion the moderator, Tanja Samrotzki noted, to a warm welcome, the birth of William and Kate’s 3rd child, showing how deeply Germany is interested in the affairs of the the UK and the British Royal Family. She also asked that we take part in a poll on the likely outcome of Brexit, e.g. Hard, Soft or No-Brexit. The Soft option received most votes, followed by Hard and then No-Brexit.  Unfortunately, it wasn’t actually explained what hard or soft Brexit actually meant.

Panel Discussion One – Where is Great Britain heading?

During the exchanges Katrin Kohl noted that she doubted there would be an Exit from Brexit, while also noting that facts appeared to have been shut out of the debate. There was a tendency in the UK to blame the EU while the UK population itself was already showing signs of being bored with the Brexit debate. She did not see much chance of a 2nd Referendum and while there had been numerous protests and marches in the UK against Brexit it still appeared that Brexit was a “white middle class problem” without deeper resonance in the country. With regard to the Windrush revelations she commented that Theresa May was appearing to be “a PM without a heart”.

Sir Graham was equally skeptical about an Exit from Brexit but felt that the situation in the UK was akin to “boiling frogs”, i.e. if the economic situation only gradually gets worse, as seems likely, there will be no mass protest against it although significant damage to the UK could result. He felt that neither Theresa May nor Jeremy Corbyn felt themselves to be European and therefore lacked the passion to campaign a pro-EU position. He felt that it was likely that the UK would need at least 10 years outside the EU until the benefits of EU membership became apparent. He did, however, feel that Germany would be best not to say anything regarding Brexit as this was always negatively reported in the UK press.

Panel Discussion Two – What will we do without the British?

While the discussion moved back and forth, the following comments were noteworthy:

Katarina Barley felt that the potential for chaos after Brexit remained high and with the lack of a plan from the UK it was difficult for the EU to respond. With the clock ticking there remained a huge amount to be addressed. She was also alarmed to find that a comment of hers that maybe the UK should hold a 2nd Referendum had been reported in the UK as “German MP demands UK holds 2nd Referendum”. So she is now very guarded about saying anything.

Klaus Günter Deutsch felt the issue of Free Movement of Workers needed addressing urgently and pointed out the huge investments that German companies had made in the UK, and vice versa to a lesser extent, and wondered how these investment could be protected if it was not possible to send German workers to the UK. Trade flows were naturally vital, but as yet there was no clear vision on how this would work, with the UK appearing to have ruled out each model leaving only the most basic Free Trade Agreement. The UK was a vital Research Partner to Germany with many UK Universities leading the way and he hoped that a system allowing Free Movement and cooperation on Research could be agreed. He felt that the UK might find the rest of the world a more hostile environment than thought and wondered if President Trump would actually turn out to be a good friend to British with his “America First” rhetoric.

Thomas Hacker contributed least but shared Katarina Barley’s frustration, wondering what it was the UK Government wanted from a future relationship with the EU and Germany.

Dr Rupert Graf Strachwitz noted that English might no longer be an official language of the EU, which is questionable as it will remain a working language for most of the small EU nations and was already the working language before the UK joined. He noted how at several European events he had attended, the British delegation were going round from country to country trying to split the EU, while the EU27 remained committed to one common position. He felt that with time running out, it might be for the EU to state how it saw the future relationship with the UK rather than waiting for the UK to state its position and react to this. He regretted that after Brexit the countries least favourable to free-trade would achieve a blocking minority in the EU, something which Germany and Britain together had previously been able to out-vote. He also noted the UK’s important role as the “door” to the Anglo-Saxon world and the ability of the UK to facilitate relations with Australia, New Zealand and Canada. The current position of the USA Administration meant that the USA had also lost its position as a “door”.

Rainer Wieland MdEP closed the evening by giving his thoughts. He felt that in the end the UK might return to the EU, “but the way back will be difficult. Probably not paid for in pounds, measured in inches nor driven on the left-hand side”, to much laughter.

While the discussions were interesting, I felt, as a member of the audience, that neither had actually been able to answer the question as stated. The major obstacle is that, with barely a few months to go, the plan of the UK Government remains as vague as ever. While the stated positions are “no” to the Single Market and “no” to a Customs Union, these are to be seen in terms of a “Deep and Special” relationship and a “Customs Arrangement”, i.e. all the benefits of both without a commitment to them.  And i think it’s fair to say that such a position remains for many an unachievable aspiration.