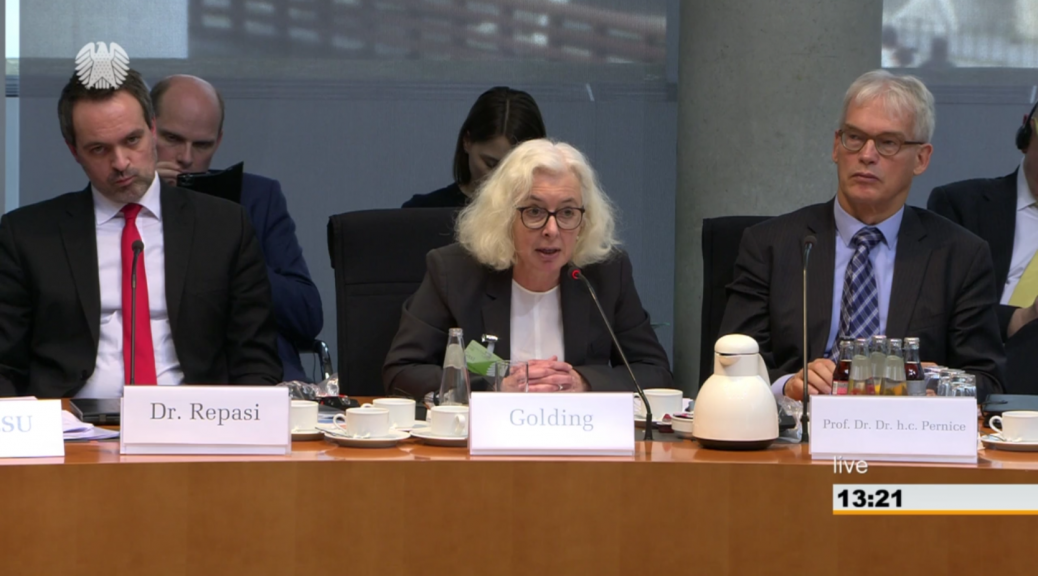 The German Parliamentary Committee for the European Union has heard from Expert Witnesses about the Withdrawal Agreement between the EU and the UK. Jane Golding attended to provide evidence on the impact of Brexit on UK nationals living and working in Germany.

Although she chose to speak in English, the recording of the event contains only the German translation.

Her contributions can be seen at 32:30 (following the question from the German MP) and for a second time at 1:10:40 on the Bundestag Mediathek Website with a report (in German) of the proceeding also on the Bundestag Website.

British in Germany also provided written evidence what can also be found on the Bundestag Website as part of the entire written contributions.