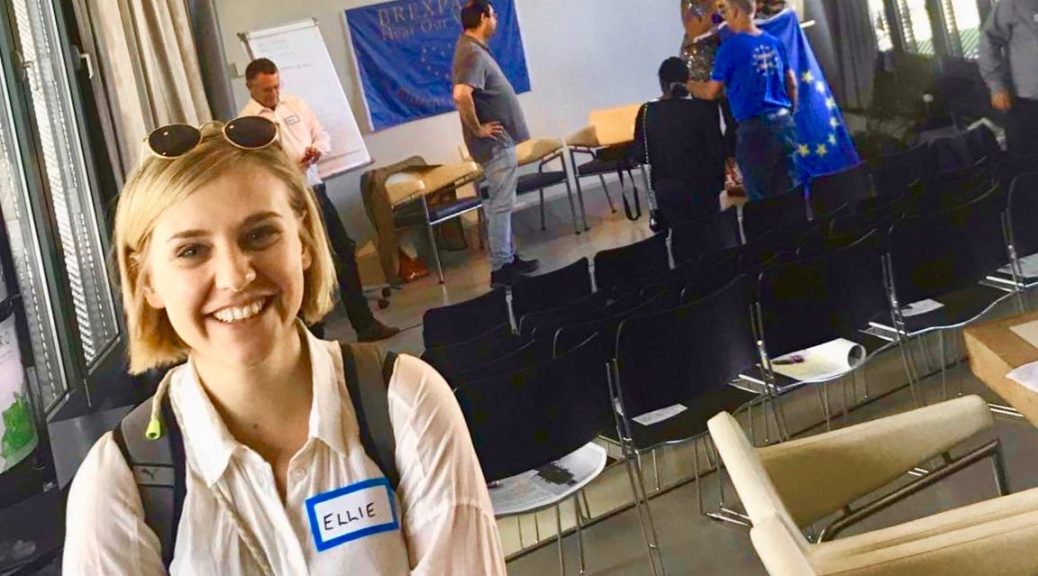 On Saturday 14th September, I travelled to Rotterdam to take part in a meet-up organised by fellow citizens’ rights campaign group – Brexpats Hear Our Voice (BHOV). The event was held at the Het Niewe Instituut in central Rotterdam and along with members of BHOV, there were also present members from British in the Netherlands, Brexit and the Belgium Brits, Young European Voices, British in Romania and British in Italy.

The theme of the event was “together we are stronger” and the aim was to introduce our groups and share our insights from our respective countries with each other.

Debbie Williams opened the meeting. Debbie is the founder of BHOV, and a member of the British in Europe steering committee. Debbie welcomed everyone and talked about the importance of working together especially in the coming months with Brexit scheduled for the end of October.

Debbie then gave the floor to the visiting groups. First to speak was Molly Williams – Debbie’s daughter, and myself as founding member of the campaign group – Young European Voices. Young European Voices was set up to advocate for the rights of young Brits and Europeans with regards to Brexit and so Molly and I talked about the specific problems facing young people i.e. that young people haven’t been in home countries throughout the EU long enough to apply for citizenship and young parents may lose access to child benefits.

Then I spoke as the representative from British in Germany. I introduced the group and talked about our work both on the federal and local levels. I also talked about our close relationship with the British Embassy and our events and elaborated on our recent successes and challenges – with regards to contradictory advice and differential treatment being offered to Brits by local German federal authorities.

For the remainder of the day we discussed how to attract the attention of local and British media, the In Limbo books – 2 books full of testimonials from Europeans living in the UK and Brits living in the EU, which BHOV created with Elena Remigi. We discussed how to use these to draw more attention to our situation in Europe. If BiG members are interested then they can ask for some copies from Debbie.

Then there was a role-play and discussion about Brexit and mental health from Valerie – a mental health professional. And, finally the meeting rounded off with a discussion about where we all go from here. Given the different Brexit outcomes, no-deal, extension and, perhaps more hopefully, Article 50 being revoked, it’s important for us all to work out how best to support the members in our groups and where to focus our efforts with regards to campaigning.

All in all it was a very uplifting event that went a long way to show how much stronger we can be together. Thanks very much to the Brexpats Hear Our Voice team for their kind invitation!