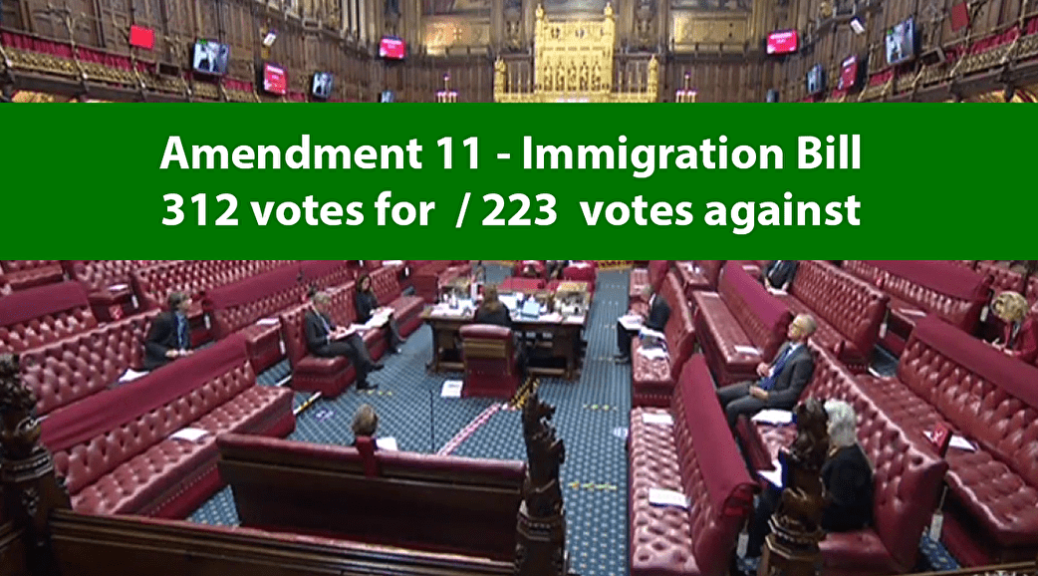 Update: Further to the success in the House of Lords, the bill will now return to the Commons where there will be further votes. Please see the article on the British in Europe Website on how you can lobby your UK MP on this important issue.

British in Europe have helped achieve a major breakthrough as the House of Lords backs their amendment to allow UK Nationals currently living in the EU/EEA or Switzerland to return to the UK with their non-UK partners after the end of the Transition Period.

As the British in Europe Statement says:

British in Europe is delighted that members of the House of Lords voted this afternoon in support of amendment 11 to the Immigration Bill. Hundreds of UK citizens living in the European Economic Area and Switzerland wrote to them over recent weeks to explain what it would mean to us and our families if we are unable to return to live in the UK with our non-UK partners after March 2022. Elderly parents will not have carers, siblings will not have support and non-British parents will be separated from their British children. Peers heard our voices, took notice of our concerns, and voted to keep families together, and we are immensely thankful to them for doing so.

We now call on the Government to accept this amendment to the Immigration Bill when it returns to the House of Commons.

You can read the full statement on the British in Europe Website.