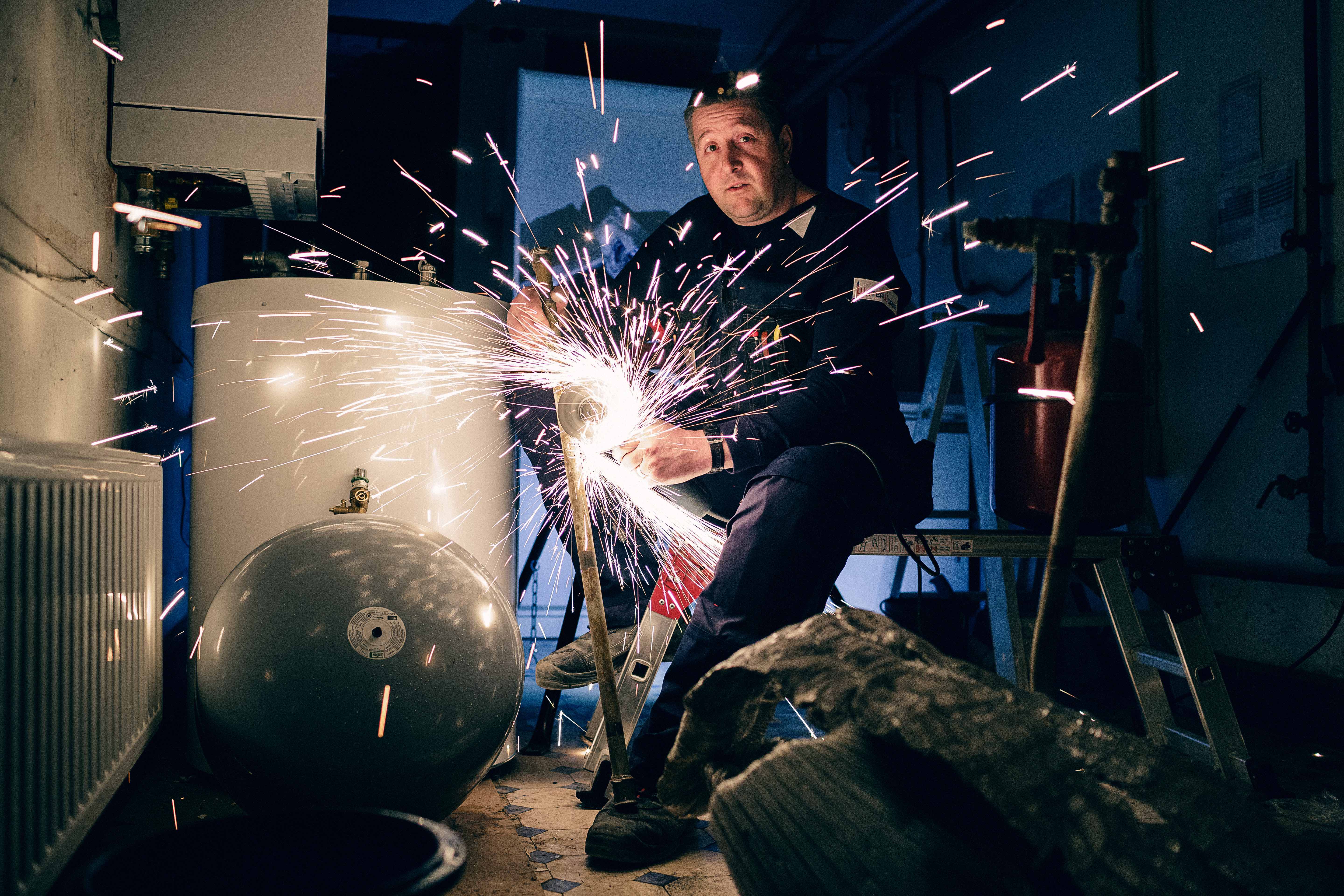 Wayne, 45 years old, is a British plumber living and working in Europe.  Wayne speaks fluent Dutch which helps him get decent jobs from the Dutch as well as the Flemish speaking Belgians.  He also has a lot of English speaking customers as there are over 1.2 million Brits living across Europe.

The largest coalition of UK citizens groups in Europe laments that Article 50 has been triggered without first guaranteeing the existing rights of over four million people who were thrust into this Brexit limbo on the day after the referendum.

The British in Europe coalition now calls on all sides to agree that the people who are most directly affected by Brexit – over one million UK citizens in the EU, and around three million EU citizens in the UK – must have all their current rights maintained. This should be the first priority of Brexit negotiators and dealt with separately to all forthcoming issues. The lives and livelihoods of so many people must not be bargained away for material gains on either side of the negotiating table.

“Over four million people – including over one million UK citizens in the EU – must be put first in Brexit negotiations, with a deal hammered out quickly to release them from this ongoing suffering and uncertainty. The UK’s withdrawal from the EU must not affect individuals retrospectively,” said the coalition’s spokesperson Jane Golding based in Berlin.

Golding added: “The existing rights of these citizens resident in another EU country before the UK leaves – must be guaranteed. This is not just the right and moral thing to do, it is also the simplest and fairest solution.“

Fiona Godfrey based in Luxembourg with the coalition added:  “If UK politicians disagree, and given that the government insists any future arrangement will be reciprocal, then Mrs May must explain to the electorate exactly which rights she believes over one million UK citizens currently residing in the EU should be deprived of after Brexit.”

Both the UK government and EU27 states already agree that those resident in the UK or other EU27 countries before the UK leaves the EU must be treated differently to those who arrive afterwards. The British in Europe coalition believes this can be settled quickly and smoothly if all sides agree that their existing acquired rights are guaranteed.

“We were very heartened by the determination of Michel Barnier in our meeting with him yesterday in Brussels, to put our rights first in the negotiations,” added Godfrey. “The UK government has indicated that it too, wants to make this a priority. We would like to build a similar working relationship with the UK government and very much hope that we will be able to meet David Davis in the near future.”

For further information or interview requests contact us here.

The greatest ever number of European citizens have come together  across Europe in one weekend to celebrate the 60th anniversary of the Treaty of Rome and mark their support for the future of the European Union.

Below photos of British in Europe coalition members attending marches in Rome, Madrid, Berlin, Paris and London.  (please send in more and we’ll put more up) 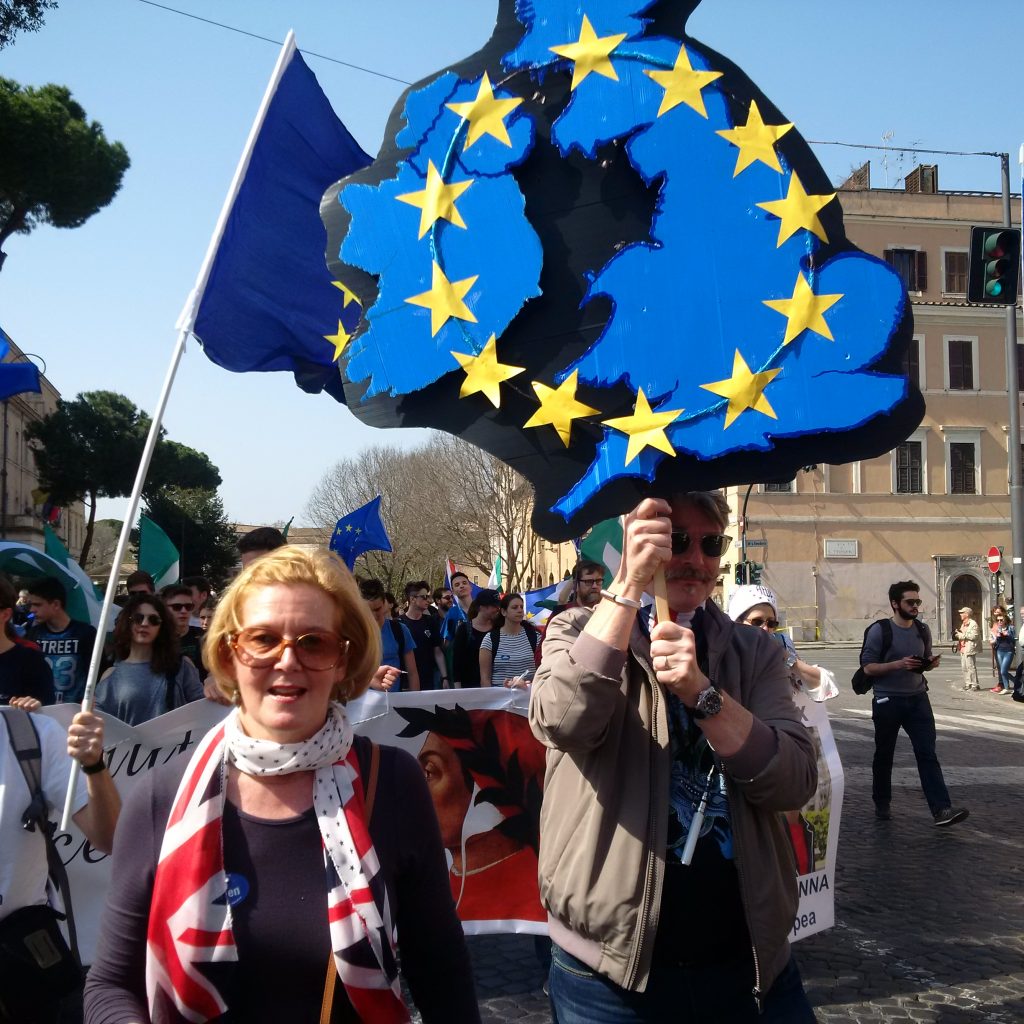 5 representatives of the citizen organisations British in Europe and the 3million group have been invited on 28 March by chief EU Brexit negotiator Michel Barnier for informal discussions before Article 50 is triggered by the British Government.

“This raises the possibility of an early deal to secure our rights, which makes me really hopeful about the future.”

Jane Golding from British in Europe, the coalition of 12 citizens groups in the EU, said:

“We are pleased he wishes to engage with us, and will be asking him to seek a rapid solution based on maintaining the existing rights of 4 million people – including the 3 million EU citizens now resident in the UK – currently trapped in Brexit limbo.”

The Guardian 2nd Feb:  ‘Alternative white paper’ by Britons in EU says rights must be protected

On the eve of the Government’s White Paper publication, UK citizens living in the EU present their ‘UK Citizens in Europe – Towards an Alternative White Paper’.

This is the biggest group of British citizens’ organisations in Europe working together for the first time to call for their serious concerns to be acted on before Article 50 is triggered.  The groups represent thousands of British citizens living and working across the continent.

‘UK Citizens in Europe – Towards an Alternative White Paper’ sets out clear concerns about being able to live, work, run a business or study in the European countries where many have made lives for themselves and their families.

“Following the Supreme Court ruling, UK MPs have both the opportunity and the clear responsibility to make approval of the bill to trigger Article 50 conditional on safeguarding the rights and livelihoods of over a million UK citizens living in Europe (as well as around 3 million EU citizens in the UK).  This should happen at the earliest opportunity.” (J.Golding)

“Our paper shows that the complex position of individuals who have moved to another EU country.  It is clear that unless all rights are preserved, many people will have no choice but to give up their homes and their lives and return to their country of origin”  (J.Morgan)

Brits in Europe will submit written evidence to the Exiting the European Union Commons Select Committee that will include a position paper looking at the main issues for economically active British citizens living in the EU.   For further details contact us here.

I was an ex-pat for 9 years including 7 working in Benelux, and have spent most of my career working in international teams.  I welcome our valued EU friends in the UK,  and  I agree with your approach. My slogan is:

We Lost the Vote, but We Can Still Win the Terms

Now in the months up to March 2017,  strong political pressure on specific, factual issues from the general public and interest groups such as British ex-pats is vital: to stir up public indignation at the loss of their rights & to give backbone to the “weak Remainer” majority of Conservative MP’s to limit the damage of Brexit, so forcing the UK Govt. to preserve as many current benefits of EU membership as possible in their negotiation terms.

As well as direct lobbying, one way this pressure can be focussed is by promoting UK Parliamentary Petitions that aim to protect UK ex-pats, EU expats in UK, Freedom of Movement and the Single Market in general. Any UK citizen anywhere, and any UK resident of any nationality, without age limits, can sign these. At 10,000 signatures, the Govt. must answer. At 100, 000 signatures, Parliament must debate the issue.

I recommend several UK Parliamentary Petitions, the first deriving from my question during the campaign “Why are the Brexiteers so willing to sign away the rights of the British people ?”:

2nd, to include protecting our valued friends the EU citizens who are ex-pats in the UK:

Then on specific ex-pat issues:

The public should be asking: which MP’s will sign away our rights ?