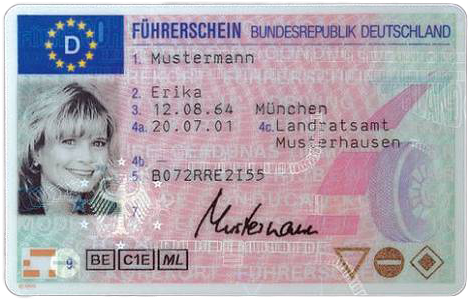 Are you still driving on a UK driving licence? If you live in Germany and intend to drive here after the end of Transition, then you need to exchange your UK driving licence for a German one as soon as possible.

The UK government website below confirms that you may continue to drive on your UK driving licence until the end of Transition. But after Transition the rules for third country nationals will apply. Transition is expected to end on 31st December, 2020.

What do you need to do to exchange your licence?

– Get your application in as soon as possible and in any case before the end of Transition.

– To apply, contact the “Führerscheinstelle” at your local Kreisverwaltung.

– Read the current fact sheets (in English) from the German Federal Ministry of Transport on driving licences (see links below – they contain a lot of extra detail).

What if you return to live in the UK later?

The UK government website guidance on Living in Germany states that if you return to the UK in future, you can exchange your German driving licence for a UK licence without taking another test .

Nationals of some third countries are required to take a test (theory and/or practical) before they can exchange their driving licences for a German one. The British Embassy stated before the Withdrawal Agreement was finalised that, in a no-deal scenario, British citizens would have to take the German driving test if exchanging their licence after the Brexit date. If and when we have further information, we will update here.

A good and authoritative source regarding driving licences in Germany is the English-language web page of the German transport ministry:

This has links to:

Further information on driving licences in the EU:

Want to stay up-to-date on Brexit information relevant to you? Sign up for our Updates and get email when new information is posted to the website.