The Parties: R(Miller) v. Secretary of State for Exiting the European Union

SUMMARY UPDATE:  The High Court Judgment on the Article 50 challenge was handed down at 10am, 3rd November 2016 in Court Room 4.  The Government lost the case and appealed.  The appeal went direct to the Supreme Court and was heard between 5-8 December with judgment likely in January. All 11 Supreme Court judges heard the appeal.  (see below for more details).

Last week, the appeal hearing in the Article 50 case, R (Miller and another) v. Secretary of State for Exiting the European Union took place over the course of four days (5-8 December 2016). The Government had been given the right to appeal the judgment of the High Court (see link to judgment: https://www.bailii.org/ew/cases/EWHC/Admin/2016/2768.html) and to bring a “leapfrog” appeal to the Supreme Court.

All 11 Supreme Court justices sat and heard submissions from the Government (the appellant), and for the respondents in the appeal, Gina Miller and Deir Tozetti Dos Santos, as well as two interested parties and five interveners.

The issue before the Supreme Court was the following:

“Does the Government have power to give notice pursuant to Article 50 of the Treaty on European Union of the United Kingdom’s intention to withdraw from the European Union, without an Act of Parliament providing prior authorisation to do so?”

The main points of the Government’s case appeared to be that:

In response, for the main Respondent, Gina Miller, Lord Pannick argued that: –

Both the Lord Advocate (for the Scottish Government) and the Counsel General for Wales (for the Welsh Government) had been given leave to intervene on devolution issues. The Scottish Government argued that Article 50 could only be invoked through an Act of Parliament and that Act had to be preceded by a legislative consent order in the Scottish Parliament, while the Counsel General for Wales argued that the devolved administrations should be consulted prior to invoking Article 50. In addition, references from two Northern Irish cases, relating to devolution issues and the argument that the particular circumstances of Northern Ireland should be recognised and taken into account, were heard.

The Court’s judgment is expected in the New Year. The Supreme Court will issue an alert prior to its publication. Transcripts of the hearing, and information concerning the arguments of the parliament and the judgment, can be found here: https://www.supremecourt.uk/news/article-50-brexit-appeal.html 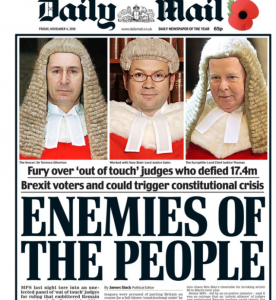 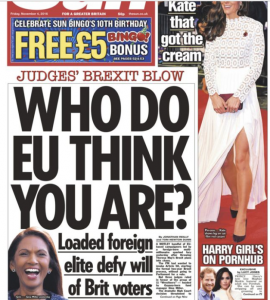 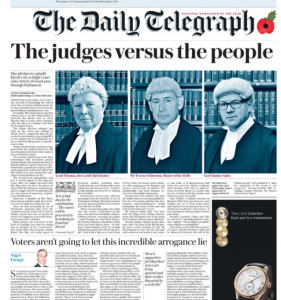 We will provide further updates on these cases as they develop.